(Translated From An Article By Lorraine Haist Originally Published in Sueddeutsche Zeitung.)

German politicians traditionally don’t take food that seriously. In Berlin, only the Austrian ambassador and his chef seem to know that good diplomacy goes through the stomach. It’s no wonder they’re vying for invitations. The story of a culinary friendship.

A typical Berlin winter morning, gray on gray. The building of the Austrian embassy in Berlin’s Tiergarten hardly stands out. The purpose-built building by Hans Hollein is a bit outdated post-modern, only the bright yellow leather armchairs in the reception area catch the eye. And a man with a bald head, mustache and tattoos, wearing jeans, a leather apron and Birkenstock slippers, stepping out of a door next to a bust of the conductor Herbert von Karajan. “Come on in!” he calls, waving in the direction of the embassy kitchen at the end of the foyer.

White tiles and stainless steel dominate the room, which is unadorned like other professional kitchens.

“We run the best Austrian restaurant in Berlin here,” says Michael Linhart confidently. The ambassador has come into the kitchen in a dark blue suit and is peering into all the pots as if he were at home with Mama.

The chef slices fennel and onions, dices shiitake mushrooms and stews red cabbage with fresh bay leaves, cloves, cinnamon, apple and red port wine, it smells fragrant. He has planned a five-course menu for the appointment, a meal he says he would cook at a religious ceremony.

The ambassador, on his way to an appointment in Hamburg, looks as if he would like to skip his train.

Lucas Huemer, 37, has been cooking here for six years now for the respective chief diplomat of the Republic of Austria in the German capital and his guests. But not in any way. This is already indicated by the Hoshigaki – air-dried persimmons that dangle from the hood over the stove.

A popular snack with tea in Japan, the fruit can now also be found in modern European restaurants.

Before his job at the embassy, Huemer cooked in top Austrian restaurants. There is a deal between him and his employer: he can cook whatever he feels like, from his great-grandmother’s traditional dishes to spicy Thai street food.

Michael Linhart, Vienna’s new ambassador in Berlin, and his wife Silvia know that they are doing well with this charter. Her idiosyncratic chef is ideal because her invitations are among the most coveted tickets in town, not least because of the food.

“We already knew from colleagues in the Foreign Ministry and also from the German side what to expect from Lucas,” he says. “Our predecessor said, ‘You’ll see, the people in government will ask: Do you still have the cook? Then I’d be happy to come by for lunch!’” Word gets around among colleagues about where the food is good and where there’s something special, says Linhart. “And because it’s easy for us to do good invitations with such a great chef, our events are correspondingly frequent and popular.”

The evening before, the philosopher Richard David Precht, the director of the Salzburg Festival and a jazz great, were among the guests at a book presentation. “People were enthusiastic, after all, you don’t get something like that every day,” says Silvia Linhart, who is showing the embassy’s crockery supplies in an adjoining room. Since Lucas Huemer has been cooking in the embassy, the official, lavishly flowered porcelain with a gold rim from the Viennese manufacturer Augarten has mostly stayed in the cupboard. “Der Luci”, as the ambassador and his wife call their chef, prefer to serve on Ikea.

He brings his dishes to the guests’ tables with short sleeves and in his grandfather’s blue workshop apron.

“We like to put on a certain show with the Luci,” says Michael Linhart. “When he performs, even at very high-quality meals, it’s always a highlight that people remember.”

Michael and Silvia Linhart, who have regularly entertained guests in the Austrian representations in Damascus, Athens and Paris, know that diplomacy also goes through the stomach. Above all, however, they seem to have internalized that cosmopolitanism and modernity can be conveyed in a particularly sustainable way with a corresponding kitchen. Jan-Göran Barth, personal chef of Federal President Frank-Walter Steinmeier, may rave about the regional simplicity between dried fruit and salsify, the culinary confessions of German politicians may still meander somewhere between Schröder’s currywurst and Merkel’s potato soup, but that’s where Austrian dinner diplomacy comes in continue.

Schnitzel? Doesn’t appear on the table in the embassy.

“We want to present ourselves beyond the antiquated Austrian clichés of Sisi, the Habsburgs, mountains and skiing,” says ÖVP politician Linhart, who was briefly Austrian Foreign Minister in 2021. “We start from tradition, but try to create connections between our roots and the present.” That’s why the culinary horizon in the Embassy is almost endless, from beef tongue with chive sauce to lamb neck tacos to the sushi platter, even the chefs at the Japanese embassy are amazed. “We are a modern country,” says Linhart, “and you can convey that very well with the help of gastronomy.” That’s why there is no Wiener Schnitzel in the embassy. “If I tell Luci: ‘Today we’re only making schnitzel’, then he doesn’t care!”

The greatest possible artistic freedom for the chef is the basis for this unusual culinary friendship. When he was asked via a common contact for the position in the embassy kitchen, he made it clear to his future employer that he would not bend for the job, says Huemer. “I hate recipes. I go to the market and get inspired by what I see there.” It’s always seasonal and often regional, but often just what he likes and whatever comes to mind. This includes Austrian home cooking as well as Asian and Turkish cuisine.

He obtains many of his products from the suppliers of his friend’s top restaurants. Citrus fruits from Sicily, whose dried peel he uses to flavor his kimchi.

Julia Leitner, head chef at the double-starred “Coda”, brings the fruit for Huemer’s apricot dumplings from the Wachau. The pig came from a Brandenburg hunter.

Next to the embassy building, Huemer has planted a garden in which he grows old types of vegetables: tomatoes, cucumbers, beets, carrots, kohlrabi, lettuce. The last harvest of the season goes to the store in the embassy kitchen in the form of gherkins and pickles. He would love to process whole animals at some point, just like he did as a child.

Huemer comes from Leonding, a small town near Linz, where his family ran a bakery for more than 100 years. From his great-grandmother, a cook, he learned how to butcher, pluck and gut game, and that everything from an animal should be processed, from the innards to the blood for the sauces. “Everyone else always fled, but even as a child I said: ‘Whoa, the pheasant feathers, how beautiful! What do we do with it?’” says the chef.

After school, Huemer learned to cook at the Hotel Management School in Bad Ischl, together with Philip Rachinger and Lukas Nagl, two of the most well-known young Austrian chefs, both good friends. Between stations at the “Stanglwirt” in Kitzbühel and Austrian gourmet restaurants, he did an apprenticeship as a baker in his family’s business and made a detour to San Francisco. He then worked for five years at the “Mochi” group, which now runs a small empire of Japanese restaurants with a Californian touch in Vienna.

Having to choose between a career as a restaurant chef and the regular routine of the embassy was difficult for him at first, says Huemer. What he misses most is working in a team and the authorship of a chef with his own restaurant. But he doesn’t want to go back to the constant stress of a top kitchen with its 60-hour weeks: “I didn’t have any hobbies before because I just worked,” he says. “Now I have time for projects that are close to my heart and I can read up on things that interest me,” he says.

If he does open his own restaurant at some point, it will be something like a workshop where everyone comes together at a table to eat, like now in the embassy or earlier in the family bakery. “I’m not the type who would like to be on magazine covers,” he says, “I can’t do anything with this ego story among chefs. You end up throwing a piece of meat into the pan and someone else eats it.”

In Michael Linhart and his wife, Lucas Huemer has a kind of family that shares his passion for choice ingredients and good food. Both are familiar with wine, the bottles that are served in the embassy they bring with them from Austria. The couple does their private weekly shopping on Saturdays at the weekly market on Berlin’s Winterfeldtplatz. “We spend money on good food, not only on official occasions but also privately,” says Silvia Linhart. “We also want to arouse interest in contemporary Austrian cuisine abroad,” says Michael Linhart.

At evening events, the ambassador pulls out his own brandy, “then the evening goes particularly well,” he says. He distills his fruit schnapps in his parents-in-law’s cauldron, from apples, plums, pears, cherries and apricots from orchards in Burgenland. The labels for the liquor bottles that adorn a sideboard in the dining room of the ambassador’s apartment are also handcrafted: the Linharts’ children designed them. “We digitized them,” says Michael Linhart. “That too is part of modern Austria.”

Ganjier ProFile: On to the Next Big Thing

Ganjier ProFile: Wine to Weed – A Sommelier Straddles the Best of Both Worlds 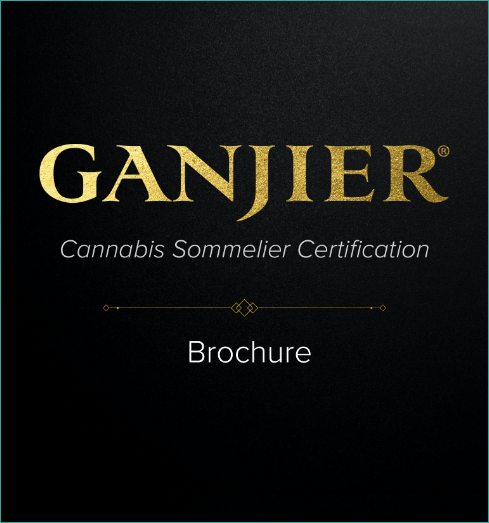